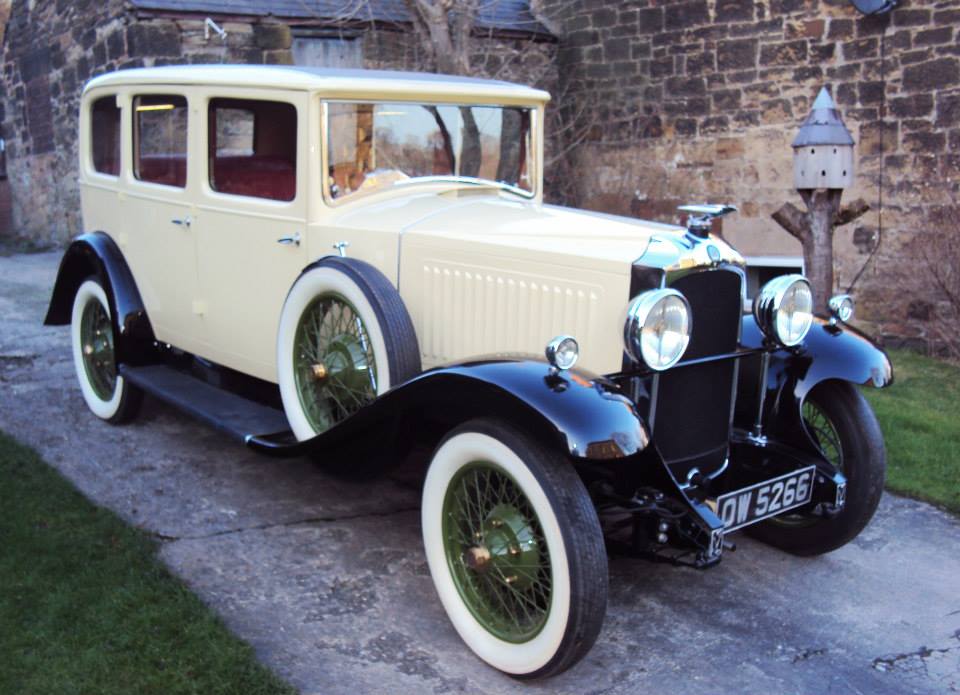 The Vauxhall 20-60 is a four or five-seater saloon, limousine, tourer or coupé-cabriolet manufactured by Vauxhall of Luton. It was announced on 28 September 1927 with a six-cylinder engine and a four-speed gearbox. The initial 2.7-litre engine was enlarged to 3-litres after twelve months.

The iron engine block is cast in one unit with the crankcase. It has been given a crankshaft with nine bearings which makes the strongest contribution to the engine’s smooth running, even at high speed. The overhead valves have been given double springs and the cup-and-ball joints on the rockers are fed with oil forced up to the rocker shaft. The cast-iron cylinder head may be removed without disturbing valve settings. The valve mechanism has an easily removable light aluminium cover. The crankcase has a breather on the oil filling cap. Drive to the three-bearing camshaft and the built in generator is provided by chain. Spark timing is controlled automatically. The distributor is positioned at the back of the engine.

Inlet and exhaust manifolds are on the right hand side of the block. the inlet manifold’s two branch mixing chamber has a vee-shaped piece inside which is heated by exhaust gases. An air-cleaner is provided. Petrol is supplied from a 14-gallon tank at the rear of the car through an Autovac tank on the dashboard. Further engine details are provided in the panel to the right.

Engine clutch and gearbox are assembled as one unit and mounted at three points.
Designer Charles Evelyn King.

The single plate dry clutch has a central external spring and roller spigot bearing. The gears are changed by a central lever working in an invisible gate. There is a brake lever just to the left of the gear lever operating a band transmission brake mounted directly behind the gearbox. The band may be adjusted by a threaded rod. Drive is taken by an open propellor shaft coupled by triple Hardy disc joints to the half-floating spiral-bevel driven rear axle which has a banjo case.

The suspension is by half-elliptical springs in front and behind, those at the back being underhung. The front springs are flat-set, held out-of-centre and shackled forward. Dampers are fitted front and back. The four-wheel brakes are cable operated. Steering is by Marles cam and roller.

Colins model is the updated and more refined 1929 model.
Changes implemented in 1929 included the engine bore increased from 73mm to 75mm adding 465cc to the swept area and it is now a 2.9 litre engine. The combustion head, intake manifold, camshaft and silencer were redesigned. Pistons were now aluminium and the crankshaft bearings  enlarged to meet the greater power output. The steering was also modified with improvements.