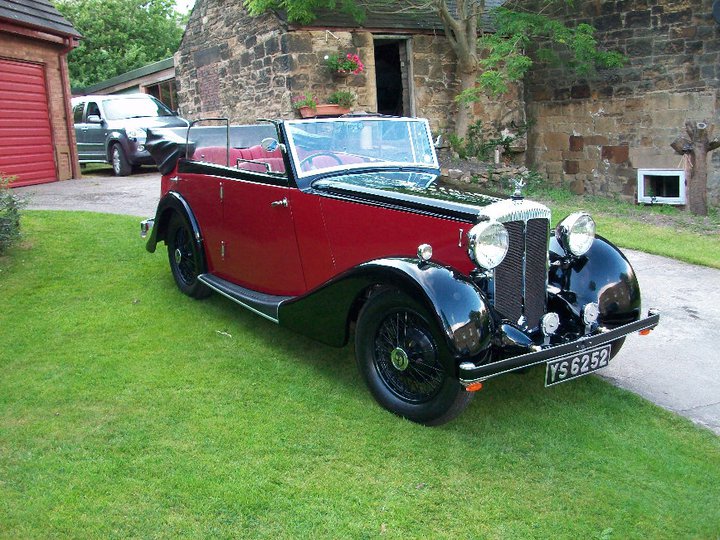 The car was originally owned by James Ferguson Whitton,  Calder Glen, Lochwinnoch who owned a Tweed Mill and  apparently supplied materials to Daimler.

I bought the car following an advertisement in the Driving Member from Mr David Peters of Aberdeen, Scotland in December 2009. The last entry in the  log book shows June 1963, the car presumably laying  derelict on farmland for the last 48 years.
David had bought the car in approximately 1999 in the condition as shown in the picture with the tarpaulin, with the intention of restoring. I never saw the car complete as the car had been stripped  down by David. The car came to Wales on the back  of my sons tipper truck (pictures show its  arrival).

A deliriously frustrating yet rewarding labour of love  lay ahead on its journey back to the road… but I had  a vision.

Work on the restoration started at the  beginning of 2010, the aim of the project being to  have the car completed for the Daimler 2011  International Rally at Sandringham . As the months  rolled by, my vision was fading and completion seemed  almost impossible. Aside from chroming, the full  restoration lay in my hands and a steep learning curve  was required.

Needless to say, we made the Rally in 2011 with only hours  to spare, the roof was completed on the Monday,  carpets fitted on the Tuesday, she sailed through her MOT on  Wednesday and we attended the show on the Sunday.