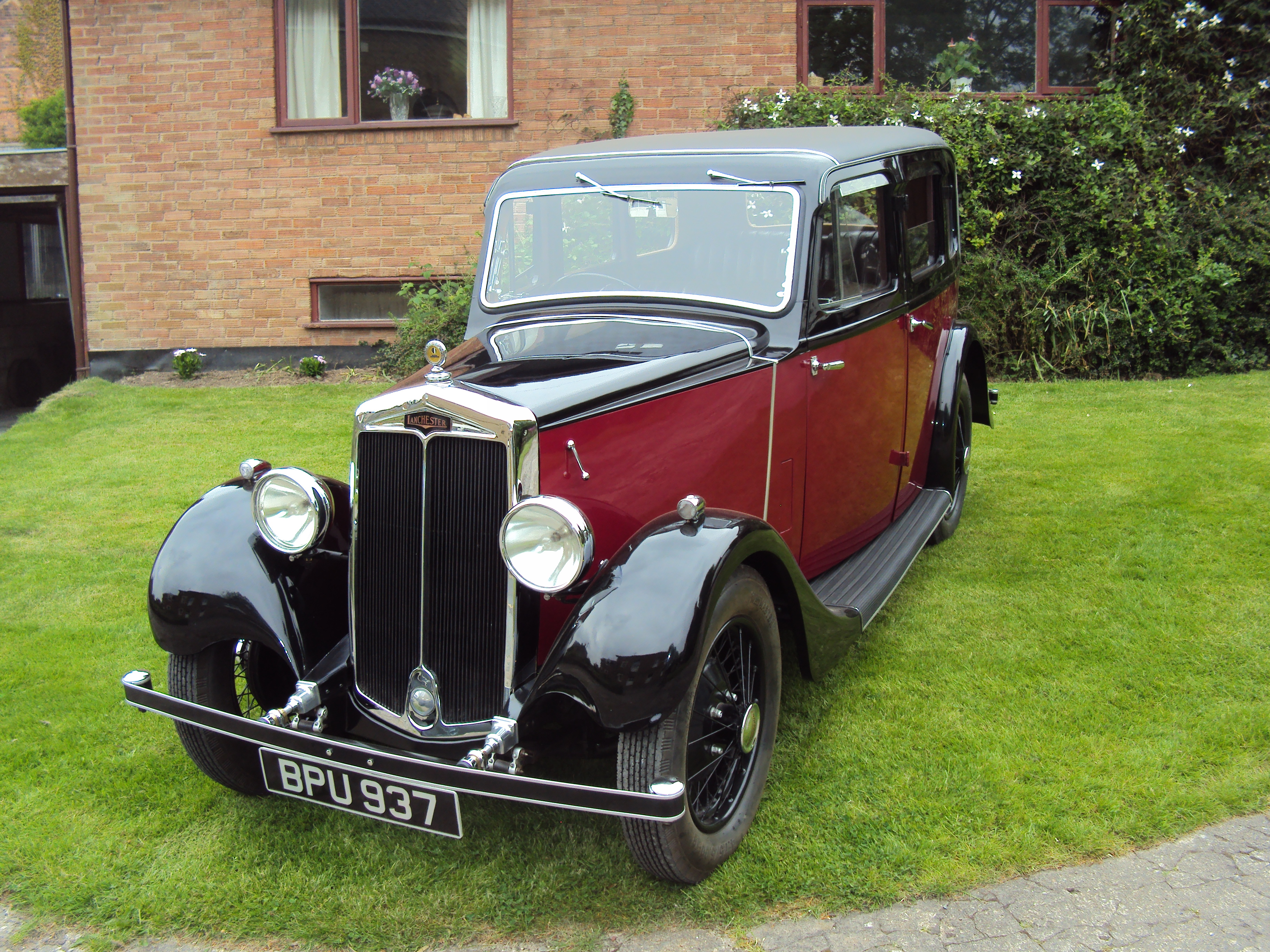 Part of the thinking behind BSA’s acquisition of Lanchester was, in consideration of the international economic depression, to extend the BSA group’s range of cars into the sectors between those filled by Daimler and the three-wheeled ‘cars’ of BSA Cars without affecting Daimler’s super-luxury image.

Ultimately the smallest Lanchester became far too expensive for the size of car it was, few were sold and production ended in 1951.

The Lanchester Ten announced in September 1932 shared its basic chassis with the BSA Ten which would be announced the following month. The design of its four-cylinder engine it shared with the six-cylinder Lanchester 15/18 (Daimler Light Twenty 16/20), which had been in production for twelve months, and its engine represented just four-sixths of the 1805 cc Daimler Fifteen announced with this Ten. The smallest Lanchester ever produced it was also the one produced in the greatest numbers, with approximately 12,250 sold.

Additional details to those in the tables

The overhead valves had single springs but there were return springs to keep the rockers to the pushrods. Engine accessories were mounted: distributor on a level with the cylinder head, the coil just in front. The petrol pump, oil filter and oil diprod were mounted aft of the distributor.

Engine timing was by chain. The flywheel and gearbox formed a single unit with the engine which was slightly inclined and held to the chassis at four points on rubber.

This was the first small car to have the Daimler fluid flywheel transmission.

The preselection finger and thumb lever was just under the steering wheel on the near side and so worked by the left hand. There was a stop for reverse.

Power was delivered to the wheels by Daimler fluid flywheel and Wilson four-speed preselective self-changing gearbox through a propeller shaft which was open and had mechanical joints. The back axle had half-floating underslung worm drive.

The frame had the popular cruciform or X-channelled sectioned cross-membering. The unit of engine, fluid flywheel and self-changing gearbox was held at four points on rubber, the two points in front being close together and on the cross member.

Half-elliptical springs wide-set to prevent roll were fitted with hydraulic shock-absorbers. In front they were shackled forwards, flat, sloped, and splayed—there were no dumb irons, while at the back the springs and frame were also under the axle.

Steering was by cam and lever. The four-wheel brakes were initially Lockheed hydraulic. The handbrake lever, designed for use as a parking brake, operated on the back wheels using cables. “The lower gears can be used as an emergency brake”. Tyres were 4.5 x 19 inches

Revisions to the specification before the October 1934 Motor Show:

“This body provides full room for four persons with a level floor. There are two cupboards, four pockets, a sliding roof, safety glass and other usual fittings but no ash trays. There are louvres over the four door glasses. The windscreen opens. The spare wheel is behind the folding luggage grid at the back. The generous wheelbase and the absence of a gearlever in the floor gives excellent entrance and exit through all four doorways.” motoring correspondent The Times